“Sulit ang pagod! My hard work bore fruit!” This is what overjoyed parents usually say after seeing their child graduate. Why wouldn’t they feel happy? Their shout of triumph speaks of their many years of working to support their child’s schooling. Board passers or athletes who win medals say the same thing.

But nothing could ever come close to the joy and triumph that the Son of God, Jesus, felt. After going through hardships — the mockery of His enemies, physical torture, and even death for the forgiveness of our sins — He finally won the victory. His sacrifice had meaning dahil lahat ng tao who place their faith in Him and what He has done on the cross are forgiven, made holy, and declared not guilty (1 Corinthians 6:11). He paid the ransom for everyone from every tribe, language, people, and nation (Revelation 5:9). Kaya naman, almost every country in the world has at least one Christian. And Jesus will continue to feel joy every time a guilty person repents and accepts Him as Savior and Lord (Luke 15:7).

Sulit ang hard work ni Jesus. He rose again and went back to heaven, exalted by God and given a name which is above every name. It is only by calling on His name can any one be saved (Philippians 2:9; Acts 4:12). And for us who believe in Him, hindi ba nasa “cloud nine” rin tayo because the victory of Jesus is also ours? We can now be at rest and be satisfied because of the finished work of our Savior Jesus Christ on the cross.

Dear Heavenly Father, salamat sa plano Ninyong kaligtasan through Your Son and servant, Jesus. You have proven that You are powerful and sovereign over His death and resurrection. Through You, Lord Jesus, I am am now saved. Gamitin Ninyo ako to share Your plan of salvation with other people. 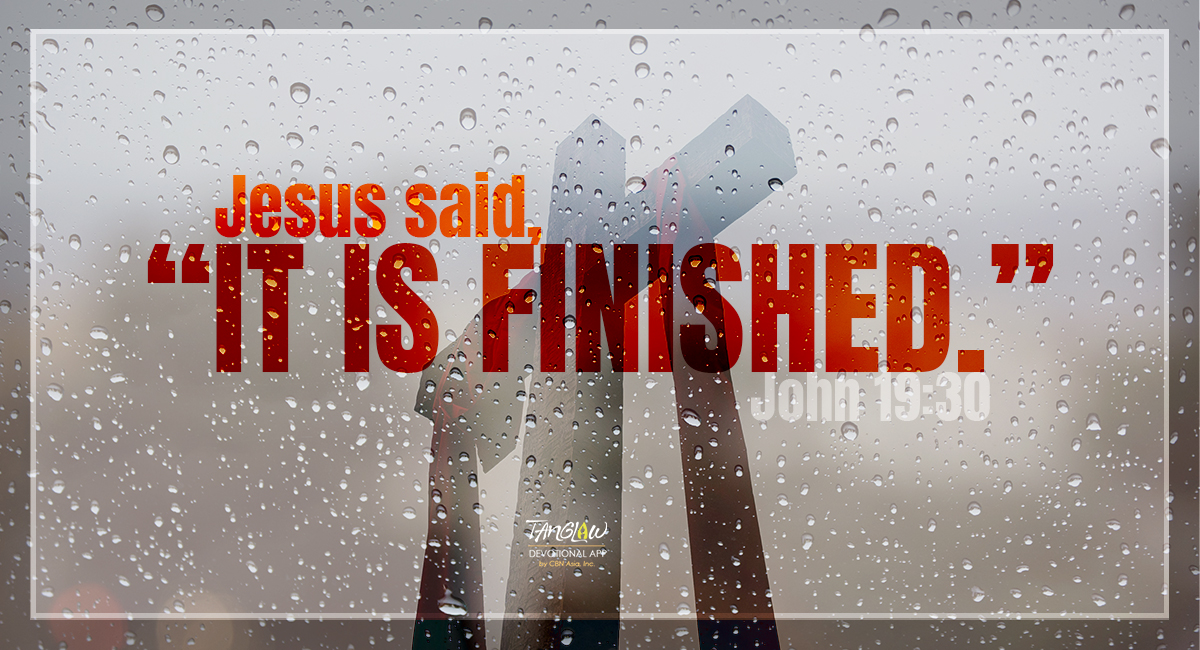