Share with family and friends
Narrated by Peter Kairuz & Written by Thelma A. Alngog

Isn’t it a mystery sometimes why there are people who cannot bear the weight of their problems? Sila yung mga tipong madaling sumuko sa mga giyera ng buhay. If there is a fiscal hearing and the defendant fails to attend, ang usual comment ng fiscal ay ganito, “Flight is an indication of guilt.” Maybe not at a fiscal’s office but what can we make of the case of King Jehoshaphat in 2 Chronicles? Did he do flight or fight?

Three kingdoms decided to join forces against King Jehoshaphat and his army. He prayed, “Lord, the God of our ancestors, are you not the God who is in heaven? You rule over all the kingdoms of the nations. Power and might are in your hand, and no one can withstand you” (2 Chronicles 20:6). King Jehoshaphat never surrendered to his enemies. Instead, nagpray at nagworship siya sa Panginoon. God miraculously answered the king’s prayer by He Himself fighting against their enemies (2 Chronicles20:15).

Peter, on the other hand, had a different battle. He disowned Jesus not just once, twice but thrice (Matthew 26:34). There was an indication of guilt after his flight experience. When he realized what he did, he cried bitterly and sincerely repented. After flight, fight to the max ang naganap sa buhay ni Peter. God restored him and later on, used him to plant churches.

How about you? Have you felt like giving up lately? Are you facing a battle in your life right now? Makipaglaban through prayer and worship or by singing praises to God. Hindi ka Niya kailanman iiwan o pababayaan.

Lord, thank You that You are Mighty in power and always execute justice to the oppressed and troubled. When I am feeling weak and hopeless, salamat po that I can trust You to fight for me. 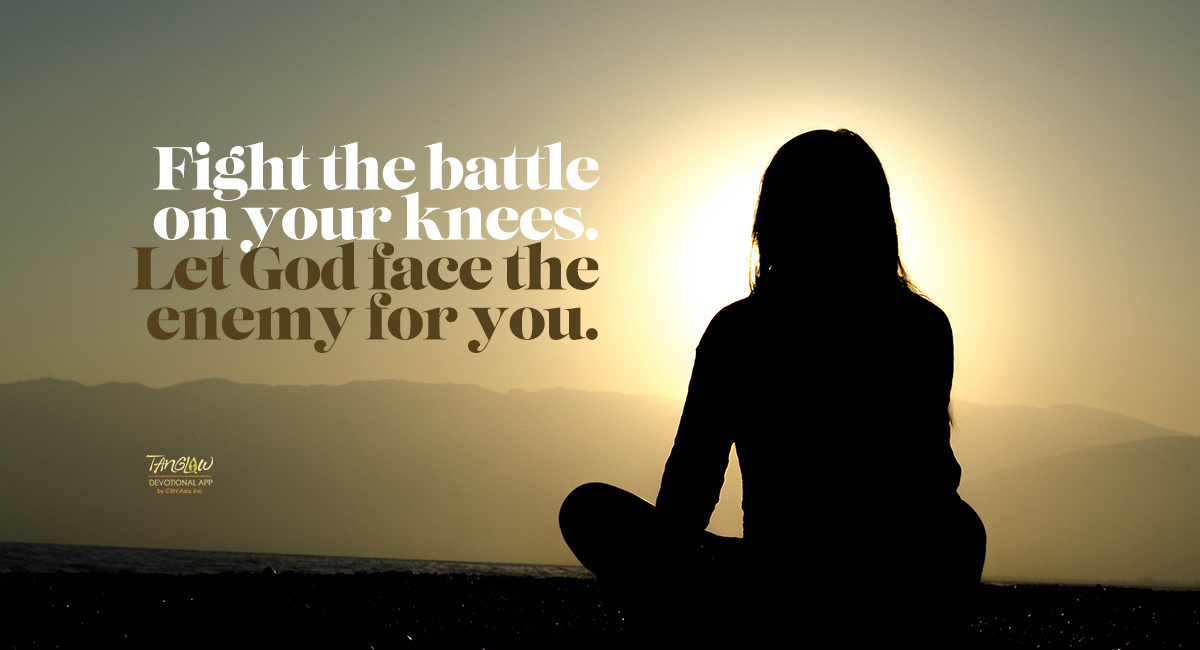