Naglalakad ang magkapatid na Karise at Sachi when they saw a naked and bleeding woman lying on the street. Many people took videos of the woman but nobody actually went near her. With her jacket, Sachi quickly covered the woman. Afterwards, Karise took the unconscious woman to the hospital even though she was already running late for work. Nag-viral ang pagtulong nila sa social media. They were asked about what motivated them to help. “My parents taught me to be good to others,” Sachi answered the interviewer. Ito naman ang sagot ni Karise, “Because Jesus would have done the same thing.”

For those who took videos of the woman sprawled in the middle of the street, they must have thought na kapag sumikat ang na-video nila, baka sakaling makatulong sila. But goodness is not about recognition; it is an act of selflessness. Just like Karise na kahit late na sa trabaho, inuna pa rin niyang asikasuhin ang kalagayan ng stranger in need.

We are called “Christians,” which means, “little Christs.” We live according to the example of Jesus. Part of our being a Christian is being able to see the fruit of the Spirit growing in our life, which includes goodness. Goodness, though, doesn’t grow overnight. But as God waters this fruit with His grace, it grows and we are able to show it to other people.

Lord, forgive me for the times na ni-neglect ko yung calling na tumulong sa iba. Give me the grace to be selfless so that I can be good not for my benefit, but to give glory to Your name. In Jesus’ name, Amen.

Practice being good by going out of your way to help someone. 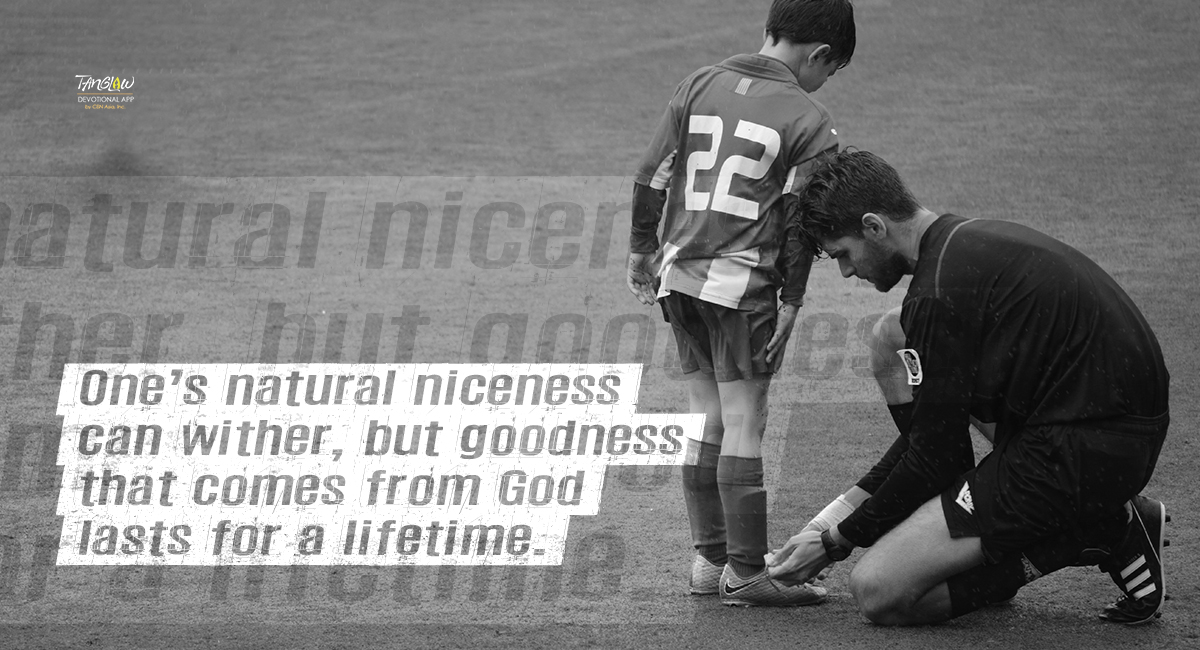