Jesus came to the world to do the Father’s will. In John 6:38 we read, “For I have come down from heaven not to do my will but to do the will of him who sent me.” He came down from heaven to fulfill a mission borne from the Father’s great love for the world. “For God so loved the world that He gave His only Son that whoever believes in Him should not perish but have eternal life (John 3:16, ESV). Tanging si Jesus lang ang makaka-accomplish ng rescue mission planned by God. Because He is without sin, only His sacrifice is acceptable to a holy God.

Because Jesus is God Himself, He knew everything that would happen to Him in the next few hours and days leading to His death. The betrayal by Judas, the clamor from the crowd to crucify Him, the beatings from the soldiers, the march to Calvary, the cross! He knew it all and He was ready. But being human too, He felt the weight of it all. “He began to be sorrowful and troubled” (Matthew 26:37, ESV).

“My Father, if it be possible, let this cup pass from me …,” we hear the humble plea of the Son of God who made the sacrifice of being human so that humans may be saved. We see an intimate Father–Son moment that breaks both their hearts.

At the end of the day, Jesus’ obedience to the Father’s will prevailed. In an earlier conversation with His apostles, Jesus said, “I do as the Father has commanded me, so that the world may know that I love the Father” (John 14:31, ESV).

Dear Jesus, thank You for Your sacrificial obedience to the will of the Father. Because You obeyed, salvation became possible for everyone who believes. Thank You for saving me from sin. Amen.

Think of concrete ways that you can show Jesus Your gratitude for giving up His life so that you may be saved. Pray and thank Him for His obedience to the Father. 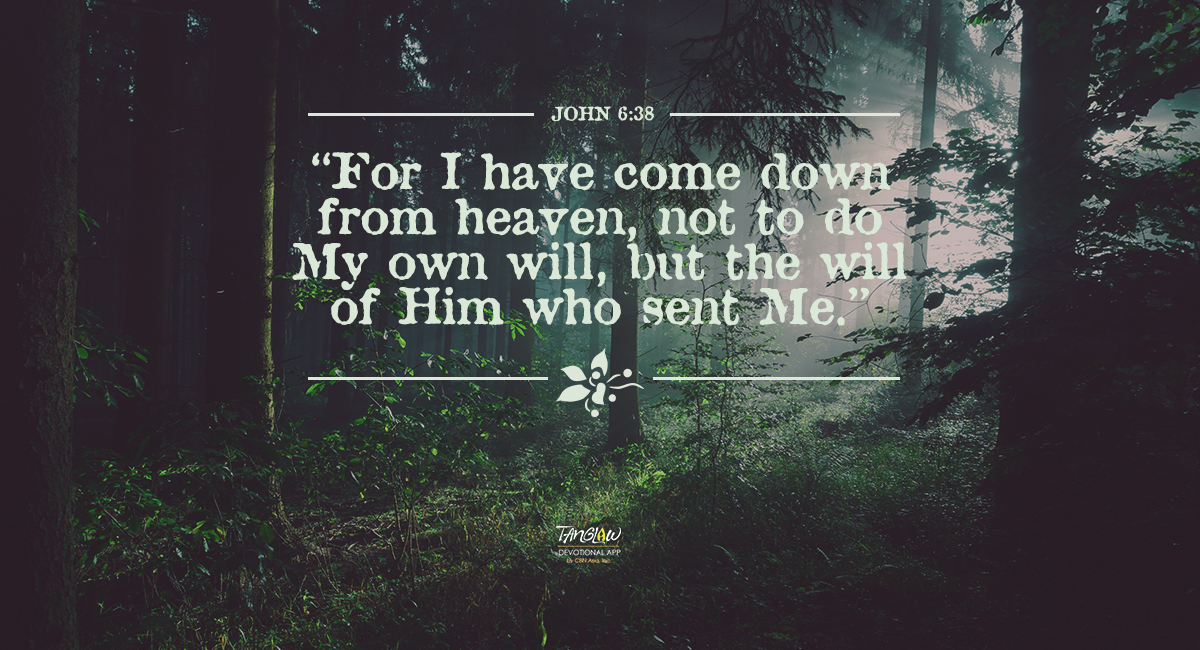