Do you know your birth story? Marian was curious to know what happened when she was born. Her mother told her about her labor pains and difficulty in giving birth to Marian. Her father, on the other hand, passed out because of the combination of stress and excitement. Paano naman, they waited for almost a decade bago magkaanak! Their whole clan hurriedly rushed to the hospital to visit and see her, the long-awaited firstborn child of their family.

Tinatayang mahigit 400 years ang lumipas before God’s promise of a messiah was fulfilled (Genesis 3:15), a promise that was handed down to the Jews by the recognized father of their nation, Abraham. Jews have waited for so long for the coming of the savior. And on the day that He was born, who were the first visitors?

Not the relatives of Mary and Joseph. Hindi rin ang mga kaibigan nila o ang magiging ninong at ninang kundi ang shepherds. An angel appeared before the shepherds and told them the good news about the fulfilment of the prophecy: “Dumating na ang tagapagligtas! Makikita ninyo Siya sa sabsaban at nakabalot ng lampin.” Not long after, a whole army of angels sang their glory to God for the birth of this baby. Kaya nagpunta ang shepherds kung nasaan ang sanggol. They praised Him at ikinuwento kay Mary and Joseph ang sinabi ng anghel, at ipinamalita sa iba ang naranasan nila. The people who heard this were amazed. At bakit hindi sila mamangha? Salvation is here!

Maybe, like the shepherds, you have already heard about the good news about the messiah. You first believed because there was an “anghel” na nag-share sa iyo ng kaligtasan through Jesus. He changed your life. At dahil good news ito, hindi ba dapat mong ipamalita ito sa iba? You may think that you are an unlikely messenger of this good news but like the shepherds, God chose you to spread it. Sabi nga sa Isaiah 52:7 “How beautiful on the mountains are the feet of those who bring good news, who proclaim peace, who bring good tidings, who proclaim salvation, who say to Zion, “Your God reigns!”

Lord, thank You for choosing me. I am not worthy but You chose me to know about Your gift of salvation. Bigyan Ninyo ako ng lakas ng loob to share the good news sa aking pamilya, kamag-anak, mga kaibigan, at katrabaho. 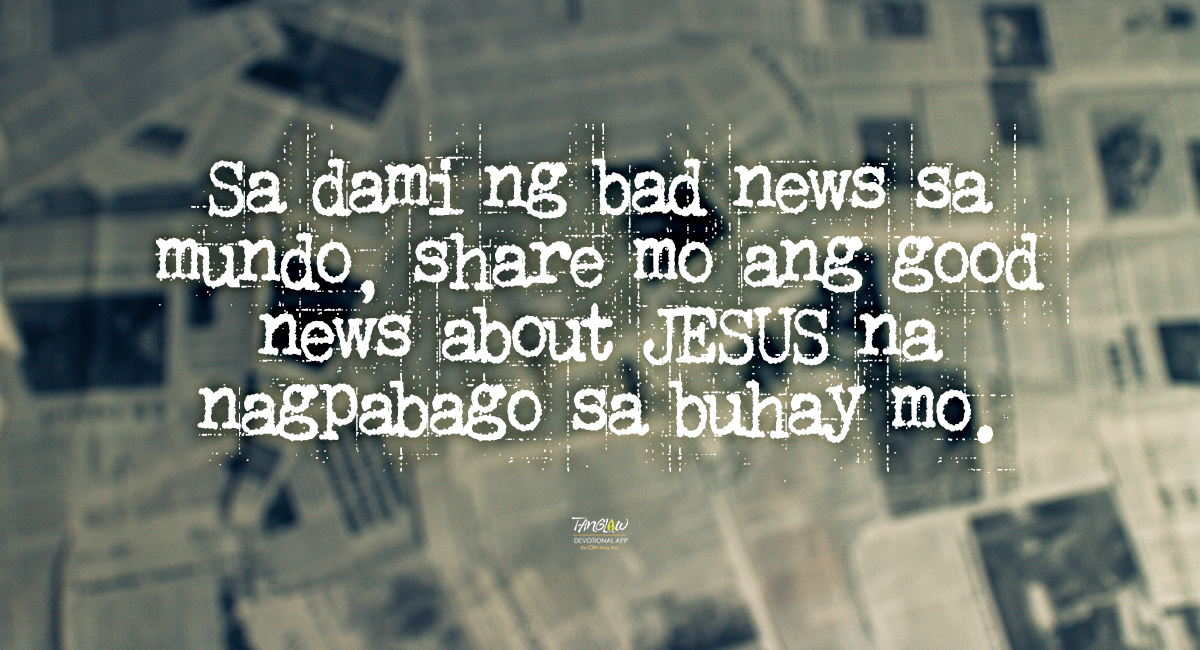