What’s Your Decision about Jesus?

On this day on the first Holy Week, two characters in Jesus’ trial and crucifixion — Pilate and the mob — made a decision they would surely regret on Judgment Day (see 2 Corinthians 5:10).

The custom to release for the crowd any one prisoner whom they wanted was perhaps meant to free an innocent man who was unjustly accused or a criminal who had mended his ways. But “the chief priests and the elders persuaded the crowd to ask for Barabbas and destroy Jesus” (v. 20). The custom was abused to release a notorious prisoner and indict an innocent man.

Pilate decided to have nothing to do with Jesus. The mob insisted that Jesus be crucified. Two different actions that boil down to one thing: Rejection.

Today people reject Jesus in many different ways for many different reasons. Like Pilate, there are those who don’t want to have anything to do with Him. Masyadong busy magpayaman, magpasikat, at mag-enjoy sa buhay. Even if they accept the truth about Jesus, they will not commit their lives to Him.

Like the mob shouting, “Crucify Him!” there are those who mock Jesus and seek to destroy Christianity. There are places where being a Christian is a threat to one’s life.

In the West, people use Jesus’ name as a curse word.

We either accept or reject Jesus. There is no third option. Have you made your decision about Him? May you make the right choice today.

I receive You in my heart, dear Jesus. Take over my life, it is Yours. Amen. 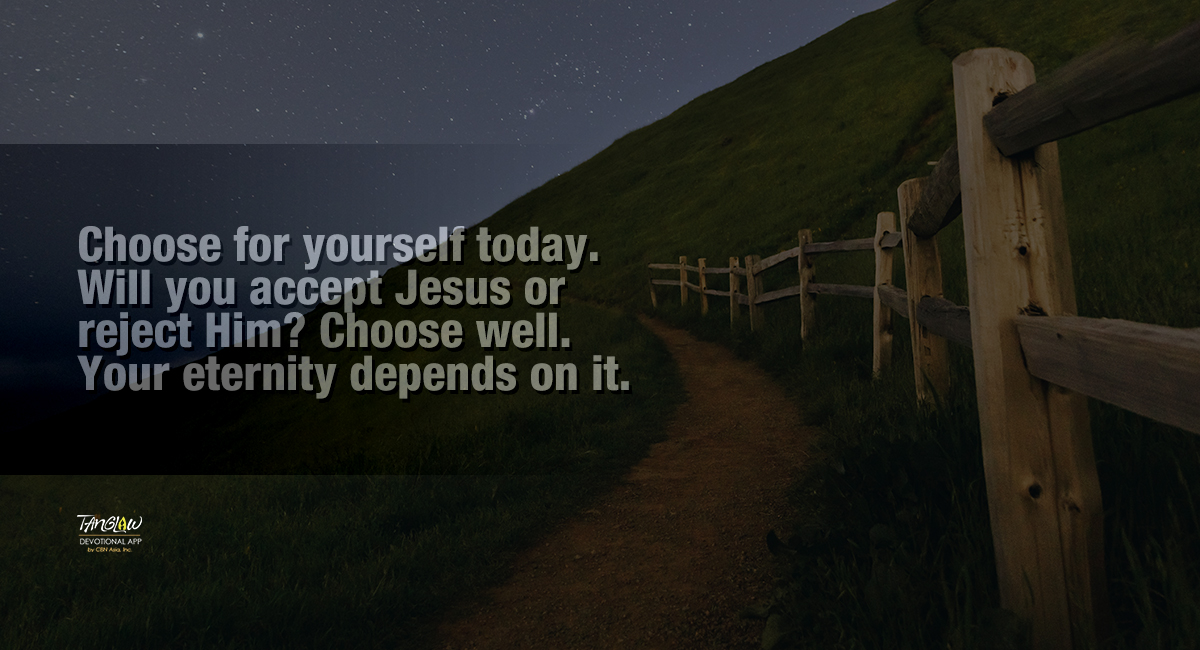