Imagine yourself in Joseph’s shoes (or sandals). You are engaged to be married to Mary when you find out that she is pregnant, even though you haven’t been together yet. Nang plinano mong hiwalayan siya quietly para hindi siya mapahiya, an angel appeared to tell you that you should not be afraid and to go ahead and take Mary as your wife. Ang dahilan? “Nagbuntis siya dahil sa kapangyarihan ng Holy Spirit” (Matthew 1:20b, PNT). If you were Joseph, what would you do? Tatanggi ka ba sa utos ng Diyos in favor of a simpler life, or will you take up the challenge and obey Him?

Joseph chose to obey the Lord. Itinuloy niya ang kasal nila ni Mary and he took on the responsibility of being the earthly father of Jesus. Hindi man conventional ang kanilang pamilya, Joseph faithfully fulfilled his role as husband and father. He took his pregnant wife Mary to Bethlehem para sa census at sinamahan ito when she gave birth in a manger (Luke 2:1–7). Joseph followed the instructions of the angel of the Lord and escaped with his family to Egypt bago magsimulang ipapatay ni Herod ang male babiessa Bethlehem (Matthew 2:13–23). Kasama rin siya nang i-present si Jesus for purification rites sa Jerusalem temple (Luke 2:22–24). And we can assume, base sa tawag kay Jesus later in His earthly life — “Isn’t this the carpenter?” (Mark 6:3, NIV) — that Joseph spent many hours teaching Jesus the carpentry trade, which was his vocation.

Even though Joseph wasn’t mentioned in the Gospels’ later chapters, makikita naman natin kung paano niya tinupad ang kanyang role as a parent during Jesus’ childhood and youth. And Joseph’s obedience to the Lord served as a good example for Jesus, who, later on, also obeyed the Father’s plan of salvation through His death on the cross.

Lord, teach me how to be obedient to what You want me to do, just like how Joseph obeyed you.

Is the Lord calling you to do an extraordinary task? Read Matthew 1:18–25 at alamin kung paano nag-respond si Joseph sa utos ng Panginoon. 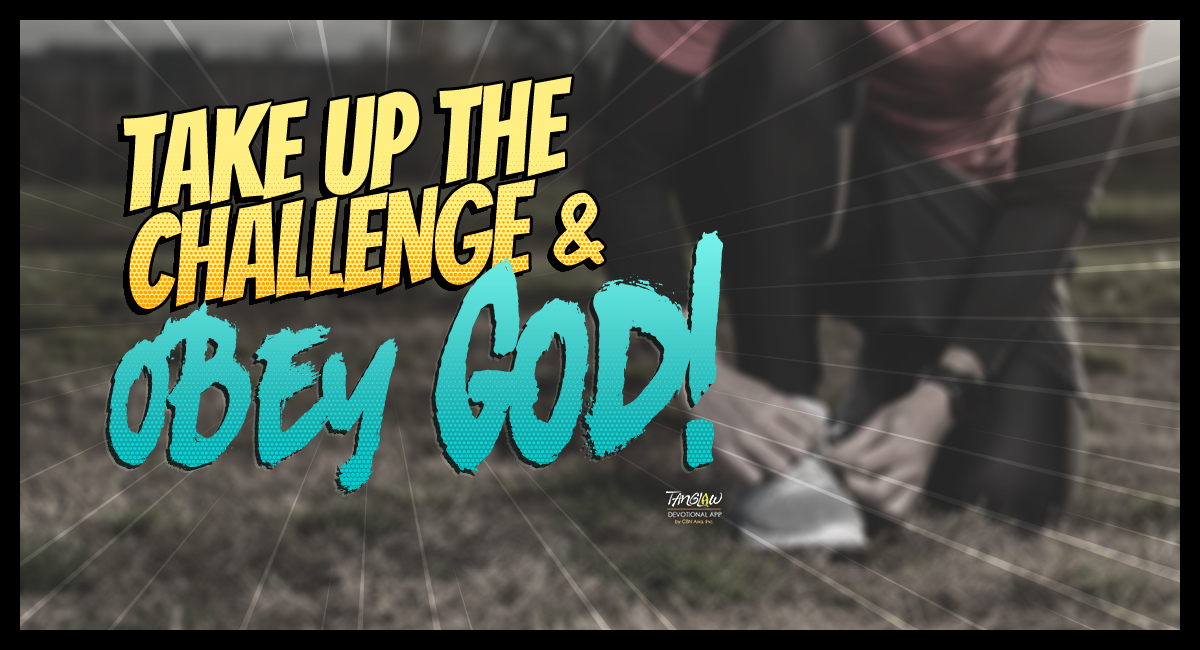